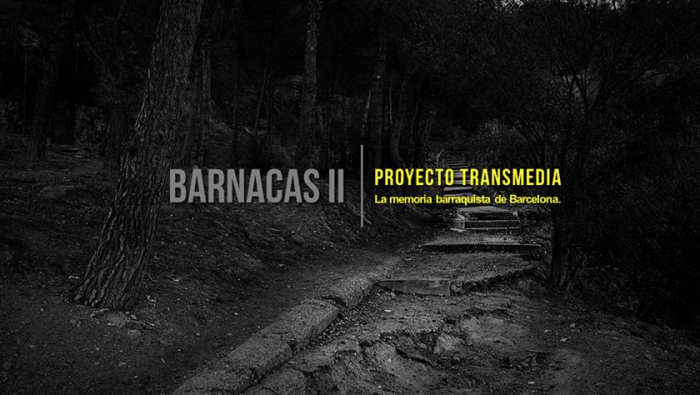 “Barnacas” (Barna=Barcelona, barracas means slum) is a long term transmedia project, featuring the historical memory of the pre-Olympic Barcelona slums in a “augmented narrative” format. Barcelona is a major tourist destination in Spain, known for its remarkable architecture. It is a cosmopolitan city where many foreigners want to live. However, little is known about the migratory wave that occurred a few decades ago, during a dark post-war period of political persecution and poverty. How did the working class live half a century ago in the gray, dirty and sad city that Barcelona had become after the war? What have these workers and their children become? You cannot answer this question if you do not observe the environment in which they arise. The former slum Francisco Alegre reflects the story of a dark Barcelona, and it is a clear example of community life in the Horta-Guinardo district. This interactive documentary focuses on the children of the first slum dwellers, the second generation, the forgotten generation from that specific slum period. They are children from the 60´s. There generation have lived the Transition from dictature to democracy, and attended the demolition of what had has been once their homes