“TROUBLED WATERS”
an interactive documentary that questions our behaviours towards waste

Paris, France – (June 8th 2015) – At the occasion of the World Oceans Day organised by UNESCO on June 8th in Paris, this new interactive documentary was launched in 19 countries to find solutions in front of what is called, the most silent and invisible environmental disaster of our times.

As a matter of fact, 634,000 kg of waste are dumped every second into our oceans.

For two years, filmmaker Isabelle Sylvestre travelled across Europe to understand how Europeans are dealing with this alarming situation.

From volunteers doing active door-to-door campaigns, to politicians fighting the so-called “dilemma” between employment and environmental regulations; from the rise of “green” ports to innovative local initiatives, Isabelle Sylvestre encountered Europeans, who in their own way, try to change things – or not.

But what are you ready to do about it? Find out more by watching Troubled Waters on www.troubled-waters.net.

Made with Klynt 3.3 with love!
Duration: 90 minutes of videos in 28 sequences, from 2 to 5 min
Navigation: between 10 to 30 minutes
Languages: Bulgarian, English, French, Greek, Italian, Portuguese, Romanian, Turkish

By plunging into « Troubled Waters » you will explore a universe of possibilities, but also of problems and blocades, when groups and individuals are faced with the problems of marine litter. Using a Klynt-made custom mindmap, it entices you to choose your own path to engage in finding solutions, and participate in a collective effort to change behaviours of all.

Screenshot from the “mindmap” interface letting the viewer choose between different proposed story paths and connect the 29 video sequences of which the web documentary is made of. 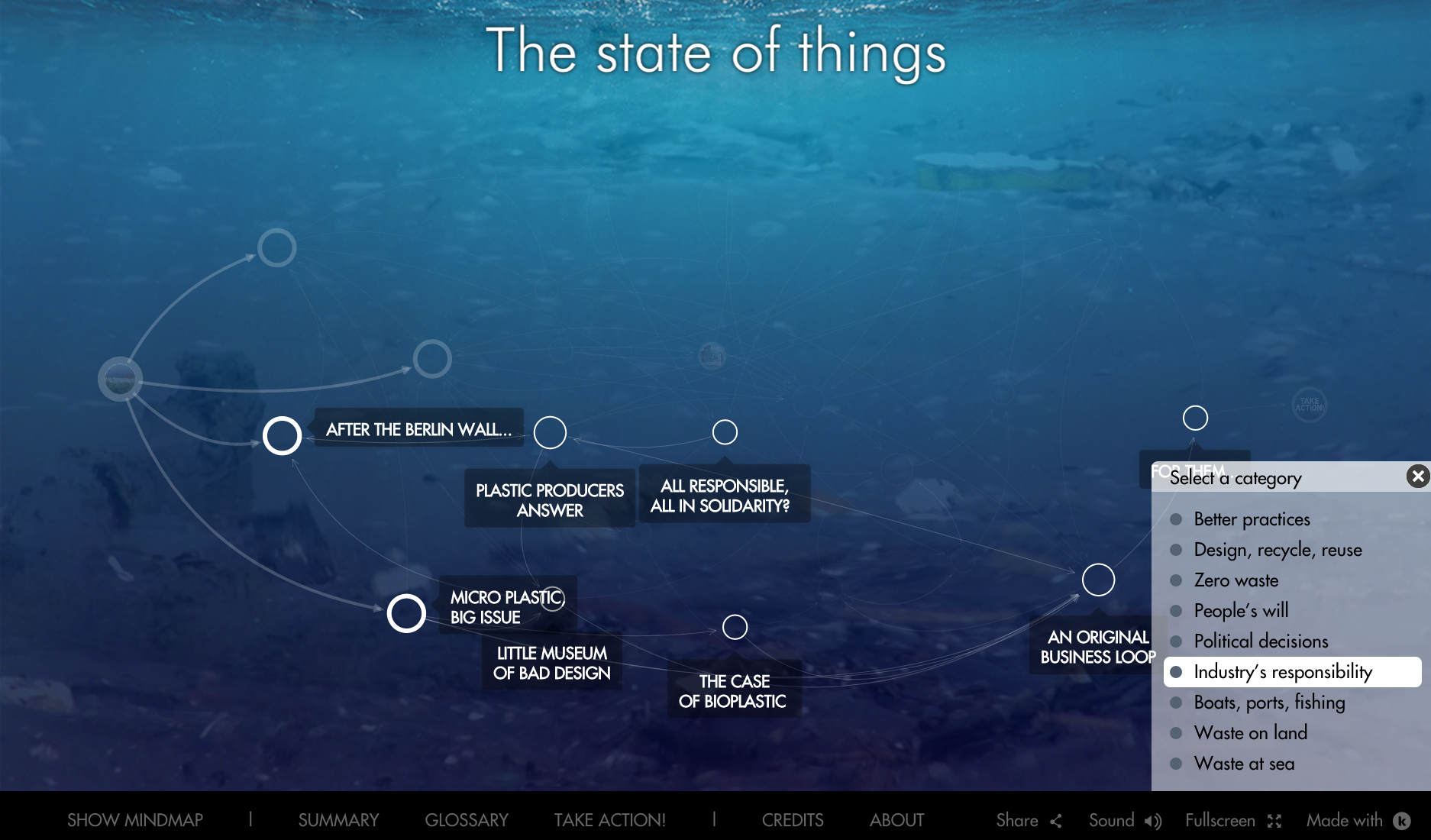 Using the filter panel, the user can highlight story hubs for each theme adressed in the webdoc

This multimedia work consists of footage filmed “live”, in a “cinéma vérité” style. By navigating through the mindmap of Troubled Waters, you are invited to explore new ways of treating the problem, but also confront our resistance to change. Thus, each one of us will draw his or her own path by trying to answer his or her own questions. And, if desired, make choices of concrete actions, to participate in a collective effort to change.

Troubled Waters is an interactive journey that shows real facts, their consequences and the possibilities of change. Translated into seven languages, it aims to confront citizens across Europe with their own role in the fight against one of the greatest ecological disasters of this millennium.

Isabelle Sylvestre is a sociologist of the new media and the new technologies and a Documentary filmmaker. Directly inspired of the theory of “complex thinking”, she worked on collaborative short documentaries on the web crossing arts, sciences, and knowledge. 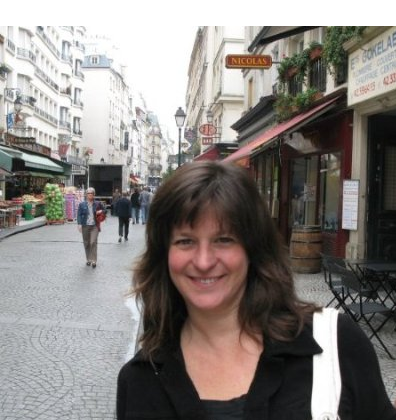 As a filmmaker, Isabelle Sylvestre worked nearly a decade in France, especially for the Franco-­Belgian program StripTease (documentary) for the channel France 3. She has directed several reports and documentaries in various countries­ particularly in the Middle East, Europe and in North America. She currently teaches documentary film writing.